German power metal and werewolf enthusiast band Powerwolf made the announcement today that for the past six months, the band has secretly been writing new material for their followup to 2013’s Preachers of the Night. They plan to hit the studio in early January and work through March, with an expected release in summer of 2015.

Regarding the sound of the new album, Powerwolf has the following to say:

So, what can you expect? Without revealing too much at this early stage, you can expect an album that’s 100% uncompromising POWERWOLF-stuff.
There’s songs to go wild to, there’s epic and atmospheric stuff – and a lot of wolfish metal madness in between – and quite a bunch of songs that will be must-plays on any future POWERWOLF liveshow for damn sure. We can’t wait to get this album shaped! We’ll keep you posted!

As revealed in last month’s interview, the new GrimWolf EP Order of the Lycan dropped on digital format via the band’s new BandCamp page on October 31.

For the collecting type (and I know you’re out there, because I’m one too) the orders for the physical CD, exclusive t-shirt, patch, and button are still being offered on the band’s site. GrimWolf have also begun taking orders for a short run of cassettes for Order, and are requesting a minimum pre-order 0f 20 cassettes total before they put in the order. (If the minimum order is not met, all orders will be refunded.)

With cassette-only record companies like Graveyard Calling out there, I know you horror-music-cassette-collectors are out there. GET ON THIS.

Independent Manchester publishing company Hic Dragones has decided to do away with November in favor of something werewolves everywhere are sure to delight at. From the company’s Facebook page:

We’ve done away with November here at Hic Dragones – as far as we’re concerned it’s now Lycanthrovember! Throughout the month, all copies of Canadian author Kim Bannerman’s werewolf novel ‘The Tattooed Wolf’ will include our werewolf anthology ‘Wolf-Girls’ absolutely FREE! Arrooooooo! (Source)

The Tattooed Wolf can be purchased through the Hic Dragones website here. You can also read more about the Wolf-Girls anthology (which includes a story from my friend at Werewolf News) here.

After a successful year zero followed by an unfortunate cancellation due to insufficient pre-registrations and over a year’s worth of radio silence, the Portland-area werewolf convention HOWL Con has resurfaced once more, with little more than the following tweet to go on:

I'm signing paperwork this week. Everyone should start clearing the decks for February 7-8.

This is particularly exciting news for me, as February 7th is in fact my birthday, and I can’t picture a more entertaining way to spend my birthday than at a werewolf convention. (Even at one across the entire continental United States from me.)

I’d first heard about the band GrimWolf by pure coincidence a few years ago. I’d picked up a heavy metal podcast for a little while, as a result of a favorite band of mine being featured on it, and happened to find a GrimWolf song on the very next episode of said podcast. At the time, I’d taken a lengthy hiatus from the werewolf scene in all its various forms and fashions (roughly 4-5 years) and the song, which I believe was “Full Moon Draw,” got my attention again, and I picked back up on my werewolf fanaticism roughly where I’d left off. (And I started following the band’s activity closely.)

Nonetheless, as the band has a new EP coming out soon, I got in touch with lead vocalist/guitarist Brent Wisdom to ask him a few questions about how the band got started, about their upcoming release, and about cool werewolves in general.

END_OF_DOCUMENT_TOKEN_TO_BE_REPLACED

The soundtrack for Canadian horror-comedy WolfCop is released on digital platforms today!

It is written by Saskatoon doom metal band Shooting Guns, and is available on iTunes and the Shooting Guns’ BandCamp website today for $8 CAD.

One Way Static Records will be handling the soundtrack’s physical release, for those interested. It will be released in a limited vinyl run and a very limited cassette tape run.

The LP will be limited to 1000 copies, and will be pressed on red and blue marbled vinyl. It will be packaged in a “deluxe gatefold old school tip-on jacket” with original artwork by Randy Ortiz. (Pictured below.) It will be made available for purchase at MondoCon in Austin, Texas this weekend, with Ortiz present at the booth for a signing session. Remaining copies will be sold at Beyond Fest in Los Angeles from September 25 to October 5. If there are any leftovers following these events, they will be sold on the One Way Static Records website in mid-October. 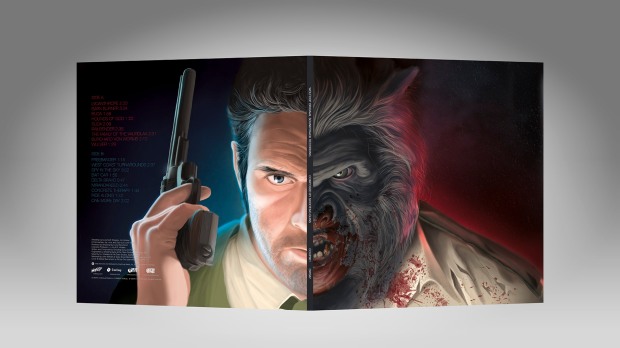 The cassette tape is limited to 350 copies, and will be available exclusively from participating stores on September 27, International Cassette Store Day. The tapes are housed in a retro-style VHS Clamshell box (pictured below) with alternate artwork. Any leftovers following ICSD will also be sold on the One Way Static Records website in mid-October. 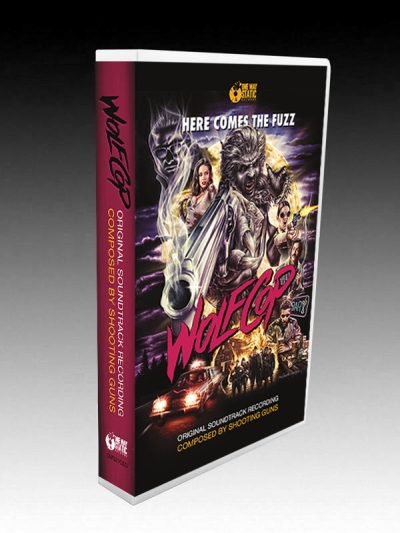 You can find those involved with the soundtrack’s release at the following locations:

It is available for pre-order now from Mooster Records, Anti-Authority Records, and Swamp Cabbage Records, and is $7 at each location.

The album will be available on August 8. Follow Wolf-Face and Caffiends on Facebook or on their respective Twitters.

This Tuesday, werewolf metallers GrimWolf finally unveiled the album artwork of their upcoming EP, Order of the Lycan:

The artwork is credited to Grace Liu, an illustrator from California. GrimWolf released the title and track list of this EP only days earlier, and that information can be found here.

One-man synth band Werewolves in Siberia has recently rereleased a long out-of-print tee design this week, featuring the ever-gruesome silhouette of the vampire Nosferatu. Here is “The House of Nosferatu” design:

Purchases of this shirt are limited, and the design will soon go out of print once more. All purchases of this shirt will also receive a download of the Werewolves in Siberia song “The House of Nosferatu,” a track which was previously only available through the purchase of the Graveyard Calling compilation …and Out Come the Bats. This compilation’s proceeds go to the Bat World Sanctuary.

Purchases of the shirt are available until 7/14/14, and can be purchased here.

Per the update on their own site, the next release from California werewolf metallers GrimWolf will be an EP titled Order of the Lycan. The tracklist is as follows:

This announcement comes right on the heels of the notice that long-time rhythm guitarist Ehren Behringer has left the band, the second member to do so since the release of the debut full-length album Lycanthrope in 2011. GrimWolf has stated that in the meantime they will still be on the road and moving forward with the EP recording as a three-piece band, but they are looking into opening auditions for a new rhythm guitarist very soon. See the GrimWolf “Full Moon Update” below for more details:

The Midwest, as werewolf enthusiasts will tell you, has always been lousy with werewolves. Michigan has its Dogman, Wisconsin has the Beast of Bray Road, and Ann Arbor, a city in Michigan, has its own werewolf musician.

He is the Violin Monster. He plays the violin.

The Violin Monster has become a much-loved part of Ann Arbor, and he can often be seen wandering the streets of Ann Arbor, playing a cheerful Irish tune on his violin amidst howls. He has been featured in local art guides, on radio, and occasionally on television. He’s become something of a fixture. Lately, though, he has been traveling more often, and I finally (despite some minor technology issues on both sides) managed to catch up with him briefly to talk to him about his life and how he came to become the Violin Monster as we know him today. END_OF_DOCUMENT_TOKEN_TO_BE_REPLACED

German/Romanian power metal band Powerwolf have released the first of a two-part anniversary boxset in celebration of their 10th anniversary today. The first half of this boxset covers the years from 2004-2008, and includes the first two albums Return in Bloodred and Lupus Dei (both with bonus tracks), a live DVD titled The Wacken Worship, and a 104-page hardcover book called The History of Heresy containing liner notes, retrospects, tour and studio reports written by the band, and many previously-unreleased pictures.

Full CD/DVD track listing is under the cut. END_OF_DOCUMENT_TOKEN_TO_BE_REPLACED

If you’re a fan of werewolves, it’s probably a safe bet that you’re pretty into run-of-the-mill wolves as well. In that case, cassette/digital record company Graveyard Calling has a treat for you: Of Wolven Breed, a werewolfy compilation from the artists on the Graveyard Calling signed artists. 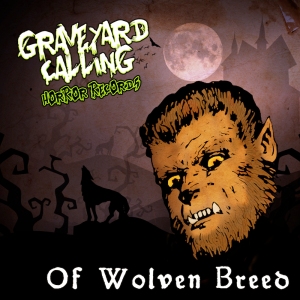 Look at that handsome wolfman.

The compilation will be available from the official Graveyard Calling website for only £2.50, a bargain for 22 tracks.

And those who like wolves will be pleased to hear the kicker: all proceeds from the sale are going to the International Wolf Center, which helps to raise awareness about wolves. It raises awarewolves.

The release will be 76 minutes long, and will feature an all-new exclusive track from our friend in Werewolves in Siberia.

The full track list, courtesy of Bloody Disgusting, is below the cut. END_OF_DOCUMENT_TOKEN_TO_BE_REPLACED